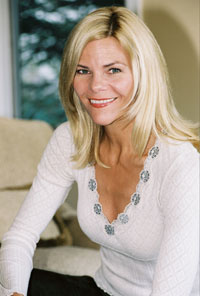 Shelly has always been drawn to the world of art. She is a gifted vocalist, and has found considerable success on television, as a voice-over artist and published writer. Art is clearly Shelly's calling; her urgent need to follow and pursue a passion. Now her eye for composition and heart for melody has produced a beautiful body of work - granting us the viewer into the privileged peace of nature's beauty.

Born and raised in Glen Ellyn, Illinois, and one of seven children, she began her voice and musical training at the esteemed Glen Ellyn Children's Choir. Her gift for performing was recognized early on which led to a unique opportunity to sing with the internationally acclaimed Chicago Symphony Orchestra during her grade school years. Later, after studying abroad at Oxford University and at DePaul University, Shelly expanded her interests with internships at the Chicago Lawyer Newspaper and ABC-TV's "AM Chicago" television show. As an accomplished singer, Shelly has been a featured headliner in a variety of venues, including nightclubs, cruise ships and corporate conventions from Chicago to Las Vegas, to cities in the Far East.

Writing magazine articles is also part of her repertoire, with pieces appearing in such publications as PBS's "City Talk" and "Woman's World." In the corporate sector, Shelly has gained considerable attention for her effectiveness as a Presentation Trainer and Executive Coach.