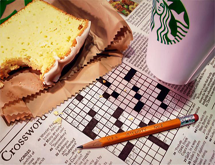 Doug Bloodworth's artistic perspective is influenced by a childhood affection for American western classics and the quintessential youth of the American dream. A combination of Pop Art, photography and textural paint strokes, his work was born from inspirations that began when he was a boy, and have grown into the refined craft of photorealism.

In 1974 Doug earned a degree in Commercial Arts and went on during the early stages of his career to work in several genres of the art world. From painting caricatures to billboards, Doug's pursuits steered him towards the mastery of fine art techniques and a working mentorship with Marv Gunderson, the exclusive artist for the Marlboro brand. Painting iconic works on billboards all over the country was a highlight early on in his career and he still draws from the inspiration and lessons learned during the tour.

Doug has since been commissioned to paint two 30' x 200' murals at Tampa's Tropicana Field, a project which took six months to complete and inspired him to focus solely on painting fine art pieces.

The influence of paper printed comics from eras past is still tangible in Doug Bloodworth's photorealism. Combined with decades of artistic technique and the personal connection offered by his custom works, Doug's collectability is rapidly growing. He is now recognized in the international art community as one of the premiere photorealist painters of this period.